Squ'ishyballs is Mai Dik's love interest in season seven of Skyrim For Pimps. Mai Dik first encountered him in the mystical land of Falskaar and immediately fell in love with him due to his abundance of hair.

He made his first appearance in his self-titled "Squ'ishyballs" although his name has been previously mentioned in the episode "After Skooma Parley" from season six.

In the season finale of season six "Squ'ishyballs," Crotch Guzzler revives S'oggy's dead girlfriend, Aela, and marries her. While S'oggy is elated to have his love back, Mai Dik is horrified to see what was happening and draws comparisons to when S'oggy may have been abused by his grandfather Squ'ishyballs (while it was not apparent at the time how Mai Dik knew that horrific detail).

This article is a stub. You can help Skyrim For Pimps Wiki by expanding it. 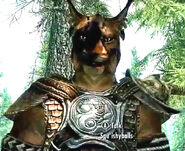 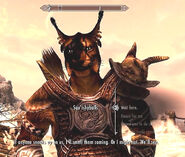 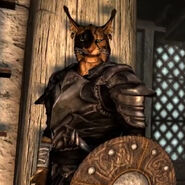 Add a photo to this gallery

Retrieved from "https://skyrim-for-pimps.fandom.com/wiki/Squ%27ishyballs?oldid=10009"
Community content is available under CC-BY-SA unless otherwise noted.