Library Land is a dimension created by Crotch Guzzler with the help of Herman Melville to drive Fün Tits insane using the power of boredom.

Fün entered Library Land to get revenge on Miraak for killing her two lovers, Astrid and Serana. She went through tunnels of books and knowledge and traveled on a dragon to the tower of boredom to get to Miraak. Miraak, in turn, revealed himself to be Crotch, surprising Fün.

Crotch accused Fün of killing his family and he wanted revenge. His family died after Crotch gave them some of his pancakes. Fün was the one who inspired Crotch to cook the pancakes from a pancake recipe she found in Season 3. (Though it was later revealed that the pancakes were not the cause of the family's death; they were actually killed by S'oggy Balls to avenge the death of his brother J'zargo). Herman Melville gave Crotch a chance to avenge his family's death and Crotch built Library Land with his help.

Fün tried to console Crotch by claiming that this was all a misunderstanding and that he's already got his revenge by killing her two girlfriends. Crotch, not convinced, attacks Fün, and Fün fights back.

During the fight, a small voice could be heard "to stop the fighting." Cock Nibbler enters on dragon and introduces himself. Fün and Crotch confused at the new turn of events questions who he is; to which he replies that he is the "Hero of Skyrim." Convinced or not, the fighting had stopped.

Still, Crotch is unable to let go of his family's death and he still wants Fün dead. Cock convinces him that he has just the right remedy: a room full of skulls in a gray padded cell. Fün demands that she gets something too. Cock says he arranged Frea to be her girlfriend. Pressed on how he did this, he simply admits that it was drugs.

Having resolved all of their problems, the three dragonborn leave Library Land. Cock and Crotch leave for Cock Tower and Fün goes to find her new girlfriend, Frea.

The Ancient Traveler asks Cock Nibbler in Tsun's Hall and on the actual day itself to go stop Fün Tits and Crotch Guzzler's fight on "the third turdas of the third month" in Library Land. Thanks to the Ancient Traveler, the story (Skyrim For Pimps) can continue.

Monster inside a building in Library Land

An inside of a building in Library Land 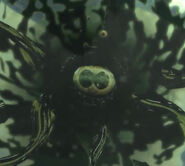 Retrieved from "https://skyrim-for-pimps.fandom.com/wiki/Library_Land?oldid=8248"
Community content is available under CC-BY-SA unless otherwise noted.