After Sex With Aela

"After Sex With Aela" is the 87th episode in the Skyrim for Pimps series and the 31st episode of Season 5.

Paarthurnax is up on a mountain, telling an embarrassing story about S'oggy Balls to Brad the Bard.

The voice in S'oggy's head has a better plan, he has S'oggy go meet Vetle, who lives underground in Whiterun. He has a few missions he has S'oggy do and sends him to kill three women Vetle thinks has wronged him. Apparently he is no longer allowed services by these women who specializes in his fetishes.

Having killed the three women, two of them old, the other one quite young, S'oggy finds out about Club Obos outside of Whiterun. The voice in S'oggy's head tells him that this is where he wanted S'oggy to go and S'oggy leaves for Club Obos. Unfortunately, it seemed like the party was over by the time he got there. There were dead bodies everywhere and no living thing interested in sex. S'oggy tries humping a dead bear, but he does not get the satisfaction that he is seeking.

When he woke up from his trance, he quickly realizes what he had done. S'oggy tells the voice in his head to never tell this story to everyone. 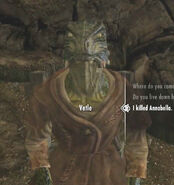 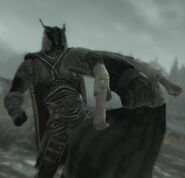 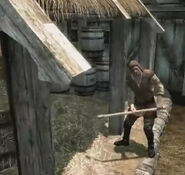 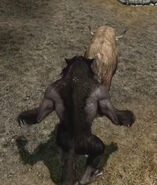 S'oggy f*cking a cow
Add a photo to this gallery

Retrieved from "https://skyrim-for-pimps.fandom.com/wiki/After_Sex_With_Aela?oldid=9314"
Community content is available under CC-BY-SA unless otherwise noted.